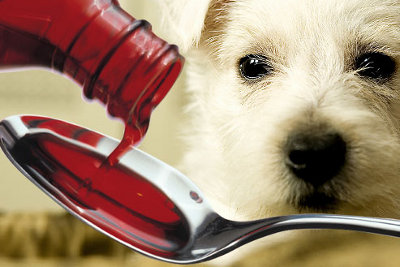 Spring is often the time when we see the most Canine Cough and this year it seems to be particularly prevalent.

Cause of Canine Cough

Canine Cough or Kennel Cough is primarily caused by two organisms,  Bordetella bronchiseptica and canine parainfluenza virus. Various other viruses, especially Canine Adenovirus type 2, and various species of bacteria may also be involved. It is a highly contagious disease that usually infects dogs in areas where they socialise, such as parks, obedience classes, dog shows and kennels.    Contrary to popular belief your dog does not need to attend a kennel to contract this disease.

The classical symptom of Canine Cough is a harsh hacking cough that often finishes with gagging. Your dog’s coughing will get worse with exercise, excitement or pressure on the throat region. Severely affected dogs may also have fever, lethargy and reduced appetite. Coughing may persist for many weeks or months despite treatment. Vaccinating your dog against Canine Cough will protect them from the important causative organisms of this disease.

Vaccination against Canine Cough is usually commenced at 12 weeks of age. Adult dogs should receive yearly boosters for Canine Cough.  The vaccination prevents the most severe and life-threatening forms of this disease.  However, your dog may still get the milder forms that go around at various times.   In these cases the signs will generally be mild and should resolve in 8 to 10 days.

If your dog has a cough its important to get them checked.  True Kennel Cough is a highly erosive disease in the nose of your dog.  It can do a lot of damage before your pet will show any sort of significant illnes.  Our vet’s will check your dogs nose, throat and lungs for the more severe forms and treat accordingly.  The cough itself is often not the real problem we are looking for!