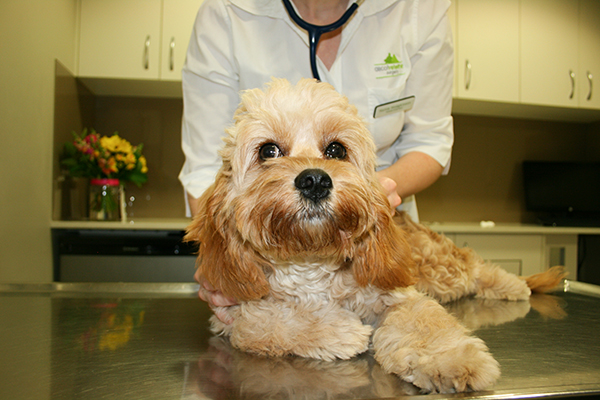 Caring for the family pet involves a lot morethan just fresh food and water each day. Remember the adage “Prevention is better than cure?” ….. well that especially applies to animals in the form of vaccination.

Vaccinations protect our pets against a number of incurable and often fatal diseases such as Parvovirus and Distemper in dogs and Feline Enteritis and Cat Flu in cats. These viral diseases don’t respond well to medications and treatment is difficult, expensive and often unsuccessful.

When does my pet need vaccinating?

Puppies and kittens will obtain a certain level of immunity via their mothers milk until the age of 6 weeks or so,but then it rapidly drops off and they become very susceptible to the major diseases affecting the animal population. Just as children receive a series of needles early on in life, so should pets. The vaccination protocol we follow at the Ascot Veterinary Surgery is:

Which diseases does my pet get vaccinated against?

We believe that your pet should be protected against those diseases which are most common, highly contagious and which cause serious illness. In thispart of the world our vaccines cover the following diseases.

Vaccination against this often fatal, hard to treat disease is absolutely essential. Highly contagious, it is spread by discharges from the nose and eyes of infected dogs. Symptoms can include listlessness, fever, coughing, diarrhoea and vomiting; convulsions and paralysis may occur in the diseases final stages. The distemper virus attacks organs, including the nervous system, which may be permanently damaged, even if the dog recovers.

Very contagious, debilitating and widespread, the disease caused by this virus emerged in many parts of the world only in 1978. Spread through infected faeces, the highly resistant virus can remain in the environment for many months. Symptoms include high fever, listlessness, vomiting and bloody diarrhoea. Vaccination is the only certain method of preventing this potentially fatal disease, which is most severe in young pups and elderly dogs.

Just as with the human common cold, this respiratory-tract infection is easily transmitted from one dog to another, so vaccination is imperative if your pet will come in contact with other dogs while walking, at dog parks and beaches as well as kennels and obedience classes. Causes by various airborne bacteria and viruses, you’ll first notice its onset by your dogs dry, hacking cough.

Caused by a virus, this disease is transmitted amoung dogs by contact with secretions, such as saliva, infected urineor faeces. Its symptoms are similar to those of the early stages of distemper. Causing liver failure, eye damage and breathing problems, the course of this disease can range from mild to fatal. Vaccination remains the best protection.

Onset of this disease is very rapid and can often be fatal. Symptoms incluse high temperatures, loss of appetite, depression, vomiting and diarrhoea.

Also known as ‘Cat Flu”, causes sneezing, coughing,eye and nose discharge, loss of appetitie and sometimes ulcers on the tongue. This can lead to severe dehydration and debilitation which can be fatal. Infected cats if recovered will often carry the virus for the rest of their life and can have relapses in times of stress.

Feline Aids is a viral infection, commonly known as FIV (Feline Immunodeficiency Virus), and is spread by cats fighting. FIV in cats is similar to that of the human variety (although not contagious to humans), being a viral disease that interferes with the immune system of the cat. Just like the human HIV (AIDS), cats infected with FIV have a reduced ability to fight off even the simpliest of infections.

Cats are mostly infected through fighting and biting, as the virus is present in the saliva. This means that older male outdoor cats are most at risk but often new cats to an area are simply attacked by territorial neighbouring cats thus potentially infecting them.

There is now a vaccine available that offers good protection and we are vaccinating more and more kittens and adults against FIV.